A Hideaway Where Billionaires Come to Play (and Save on Taxes)

Come for fun in the sun – stay for tax advantages! Incline Village is a little bit of paradise on the Nevada side of Lake Tahoe — the skiing mecca — where on “Billionaires’ Row,” bold-face names like Michael Milken; Larry Ellison, Oracle co-founder; David Duffield, PeopleSoft co-founder; and Gene Pretti, CEO of investment managers Zazove, boast lavish mansions on the big blue lake.

Many affluent executives — especially those in California’s tech and financial industries – prior to a major liquidation event, establish residency in Incline, a tony sun-drenched playground of winter and summer sports. Why do they come? Nevada has no state personal, business or corporate income tax. Besides, Incline Village is a gorgeous place.

ThinkAdvisor recently interviewed several Incline residents, including members of the financial services industry, to learn more about what this unincorporated town of just five square miles — a hop, skip and jump from San Francisco, Los Angeles and Silicon Valley — offers.

The big wirehouses all have offices there — Bank of America Merrill Lynch, Morgan Stanley, Wells Fargo and UBS — as do a number of small independent financial advisors. There is obviously a demand for wealth advice in Incline.

“People who want to protect their assets come up here. A lot of folks in California who have made a lot of money in tech and are selling their companies or vesting options want to do that as a Nevada resident,” says entrepreneur Jameson Stafford, 42, founder-CEO of Elevate Blue, a tech startup studio he launched in Incline last October.

Big investors are not in short supply. “Active capital in town,” including angel funding and “people with connections to venture capital” were not the least considerations in Stafford’s decision to establish his incubator-like business in Incline, he says. Right now, Elevate Blue has 22 investors, half of whom are located in town, and the so-called “tech accelerator” has brought four startups nearly to the point of fundraising.

Financial advisors who may be flirting with the idea of relocating to Incline, a picturesque jewel on Lake Tahoe’s North Shore with temperatures in the 70s and 80s June through October and rarely below the 20s in winter, will be interested in what Mike Kazmierski, president and CEO of the Economic Development Authority of Western Nevada (EDAWN), has to say:

“We’ve seen a surge in the financial sector. The state of Nevada is very friendly to the financial industry. Our regulations are not as stringent – we don’t overregulate or micromanage. We have a favorable corporate environment.”

Apple’s money management corporation, Braeburn Capital, is based in Reno, presumably to avail itself of Nevada’s tax hospitality.

Financial advisor Owen Hill, principal of North Lake Tahoe Financial Services, has lived in Incline for 33 years. He began his career as an FA with American Express Financial Advisors in Reno, then set up a fee-only shop in Incline in 1979. The certified financial planner does lots of financial planning and retirement planning.

“I feel like I don’t have much competition here. I’m as busy as I can be. Bank of America and Wells Fargo aren’t really what I call competitors because they don’t do what I do [in serving clients],” says Hill, who is paid an hourly fee.

With the Silver State’s secrecy laws around corporations, Incline has a reputation as a tax haven where investors register shell corporations and fudge residency to escape tax liability. Nickname: “Income Village.”

But “most [ploys] don’t work because [for example] companies are taxed in the states where they earn their income,” says George Ashley of Ashley Quinn, a CPA and consulting firm in Incline. The former revenue auditor with the state of California has catered to high-net-worth individuals there since 1979.

“There’s a misconception that by incorporating your business in Nevada, somehow you can save other states’ taxes even if you’re doing business in those states. But there’s absolutely no truth to that. If you’re operating a business in California and reincorporate in Nevada, California is going to be able to tax you, whether you’re incorporated in Nevada or on the moon!”

Ashley helps folks through the complex maze of establishing Nevada residency. The chief issue for Californians is how to shed their Golden State residency. For wealthy individuals, California state taxes are among the highest in the country.

The majority of Ashley’s clients are approaching retirement age and moving to Incline in anticipation of a liquidity event, either selling large stock holdings in public companies or selling their closely held businesses.

Recently, Ashley arranged a phone meeting with a financial advisor in Palo Alto, California, who sought him out to determine: If he moves to Nevada but his clients are still mostly in California, will he have to pay California taxes?

Ashley’s suggestion was to incorporate his practice, likely as an S-corp, thereby having the corporation earn his revenue. He would then be paid a high salary, earned in Nevada, the state where he would render his services.

“Basically, all the income that would be California source income [on which California bases tax liability] would be converted into Nevada source salaries and wages,” Ashley explains.

In Incline Village, rich and famous entertainers, such as Beach Boys’ singer Mike Love, luxuriate in privacy – away from the glitz and glare of L.A.

Now rumors are circulating that Tesla Motors CEO Elon Musk has just purchased a home in Incline. The firm has opened a big battery factory in the nearby Reno-Sparks region.

“We have some notable executives here who relocated or have vacation homes on Billionaires’ Row for the primary reason that they can relax and be anonymous. It’s not like living in Aspen, where somebody is going to care who you are,” says real estate agent Kerry Donovan, vice president-luxury real estate, at Chase International, in Incline.

Real estate is the town’s biggest industry. At present, “housing is a steady market but is still, maybe, recovering from 2007,” Donovan says. “The $2 million to $4 million market is about 25% of our homes sold. The most expensive property right now in Incline Village is [priced at] $39 million.”

The location dates back to loggers of the 1800s, who hauled lumber to miners 1,400 feet up the hill by way of an incline railway. Today, the path is a mountain-bike trail.

“A lot of people feel that Incline Village is their own personal playground,” says Paul Raymore, marketing manager for the Incline Village General Improvement District. “They really enjoy the remote lifestyle. And Incline offers benefits to residents like the lack of personal income tax. It’s a desirable place to call home – especially for folks who earn a lot of money.”

Financial planner Hill, who prepares individual income tax returns, notes that some of his affluent clients who “consider themselves excellent day traders” don’t even notice when they lose $10,000 or $20,000 buying and selling online.

“Trading with them is an addiction like gambling,” Hill says. “I have to be the one to tell them, ‘You lost money doing that last year’.”

The majority of people who own fancy homes in Incline are there only part time. Jonathan Powell, senior managing principal and financial advisor coach at CEG Worldwide, who has had a house in Incline for a decade, spends only about 30% to 40% of his time there. He resides in Orinda, California.

Powell “fell in love” with Incline, he says, when as a branch manager at Smith Barney some years ago, he ran a conference for advisors there. One day he took a drive around the community and was smitten.

“Lake Tahoe is one of the most beautiful places in the world,” Powell says. “The lake is 30 miles long and 17 miles wide. I’ve got a view of it from my home. This would be my residence if I could convince my wife to move here. She’s warming up to the idea.”

Incline is less than an hour’s drive from Reno-Sparks, which for the last five years has enjoyed a metamorphosis from a gambling economy – now under 8% — to a manufacturing economy, with the addition 100 new companies. Notably, Tesla’s battery factory in Sparks, just east of Reno, will ultimately occupy five square miles (the same size as Incline Village). Switch, a data-center provider and developer of the Supernap, a data center ecosystem, is building a massive campus in the same area.

“We’ve leaving gaming basically in the dust,” says EDAWN’s Kazmierski. “This community is being reinvented where it’s becoming more like Austin or Boulder. We’ve developing the mindset that Reno-Sparks is the place for advanced manufacturing – which uses more equipment than humans – in the West. We’ve got high entrepreneurial growth and a lot of millennials coming to town.”

Meanwhile, Stafford of Elevate Blue, an engineer by trade who in California founded a handful of firms, two of which he sold to public companies, relocated to Incline Village from San Francisco as a strategic business move. Elevate Blue helps tech startups get going from scratch all the way through marketing and fundraising. With its own code school, the studio is providing computer programmers that feed into the startups, thereby creating its own talent pool.

All of Elevate Blue’s 22 investors have volunteered to help mentor the startup entrepreneurs. Several investors living in Incline “have made a lot of money in the tech industry and want to be engaged,” Stafford notes.

Recently, Samba TV, the software developer financed by Mark Cuban and venture capital, opted to relocate 30 of its executives to Incline. The final decision came after a tour of Elevate Blue, Stafford says. Samba immediately signed a sublease with Stafford to take space in his building, formerly a ski shop.

Financial advisors who are enticed by the idea of moving to Incline Village should be aware that most folks with homes in the enclave don’t live there full time; hence, they have FAs elsewhere.

Setting up in Incline is “a similar situation to advisors who have practices in Aspen or Vail,” Powell notes.

What chance that an FA will retain their existing clientele after pulling up stakes for Incline?

“Today, with computer technology, Skyping and webinars, it doesn’t really matter where you’re located. You can keep up a pretty intimate relationship with people over the Internet,” Powell says. Further, “most clients do not detest the idea of writing off a trip to Incline Village to visit their financial advisor.” 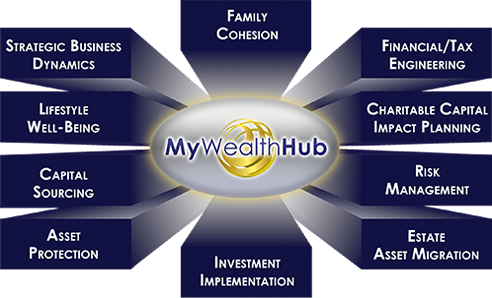